Got to the airport bright and early, ready to head off to our first destination, Rio de Janeiro. After wandering round Heathrow’s terminal 5, it was time to board our flight. Our plane began to make its way to the runway, however unfortunately due to a passenger taking ill, we were sent back to the stand for the passenger to be assisted off the plane – bit of a pain but guess it can’t be helped!! Our plane is by this point over an hour late, so we resorted to our only source of entertainment – a camera! See cover shoot below 📸. 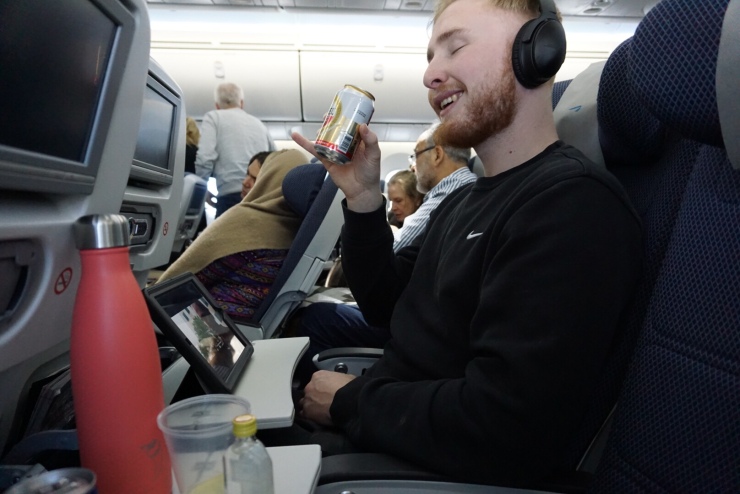 We finally took off two hours later than scheduled, embarking on our 12 hour flight across the Atlantic to South America. After what felt like the longest flight ever, we made it to our first stop and boy was it hot – 29degrees at 1am! Updates on Rio to follow…🇧🇷